Ohio Gets Middling Rank For Child Well-Being In National Report

A new report has ranked Ohio in the bottom half of states for all indicators of child well-being.

The report ranks states according to how children are faring based on Economics, Education, Health, and Family and Community factors.

This year's report, along with a supplemental Ohio Data Profile from Children's Defense Fund Ohio, demonstrates the impact of the COVID-19 pandemic and "sounds the alarm of a mental health crisis among children and adolescents in the United States," CDF-Ohio said in statement.

"The Data Book underscores the mental, emotional, physical and financial fatigue of Ohio's children, youth and families, especially in Black, Latino, and other communities of color, and urges immediate and sustained prioritization of resources towards a healthy, equitable recovery for all Ohioans," CDF-Ohio said.

The two groups are calling on lawmakers to distribute the state's remaining American Rescue Plan Act dollars within local communities and programs, among other recommendations.

While Ohio improved in all areas of the Economic category, the state still ranked 27th among states, a drop from 25th in 2021.

Comparing the period of 2008-2012 and 2016-2020, the report shows decreases children in poverty, children whose parents lack secure employment, children living in households with a high housing cost burden, and teens who are neither in school nor working.

Ohio stayed at 28th in Education for the third straight-year, following a significant drop from 16th place in 2019 and 2018.

"Not only are students struggling to graduate, but younger students are also struggling within the classroom in fourth grade reading and eighth grade math where only 36% and 38% of students respectively were scoring above proficiency in both subjects, although these were fully pre-pandemic figures," CDF-Ohio said.

However, those figures vary greatly across Ohio's 610 school districts, according to Ohio Data Profiles.

The Data Book ranked Ohio 32nd in Health, showing decreases in the share of low birthweight babies and children without health insurance.

The state's lowest ranking was in Family and Community at 33rd place.

Ohio saw a decrease in children living in high-poverty areas, teen births, and households where the head lacks a high school diploma, all of which also improved nationally.

Meanwhile, there was an increase in the number of children in single-parent families.

Among their recommendations, the Annie E. Casey Foundation and CDF-Ohio said resources should be prioritized for hard-hit Black, Indigenous, Latino and other communities of color.

They are also advocating for an outreach campaign to draw attention to the Child Tax Credit, more mental health professionals in schools, and more culturally informed behavioral health services. 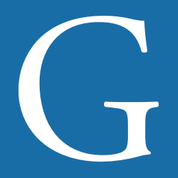